What exactly is meant by "LTL"?

LTL is a transportation industry acronym for "Less than TruckLoad". It describes shipments moved by common carriers that are larger and heavier than parcel deliveries, but smaller than those that would fill an entire semi-trailer. Loads less than 250 lbs. shipped via LTL typically incur a minimum charge equal to the 250 lb. rate.

What is the LTLRater system, and why should I consider using it?

The LTLRater was developed to allow LTL shippers, including those whose annual volume of shipments would not qualify them for any significant discounts from common carriers, to join a large pool of shippers, thereby creating sufficient leverage for them all to be able to enjoy favorable rates from a variety of carriers. By simply logging into a web-based account interface and entering necessary shipment information, LTLRater shippers are provided with instantaneous quotes from several carriers simultaneously on the same web browser page. Shippers are then free to make comparisons and to choose a carrier for each shipment based on any criteria they desire-- price, service days, experience with a carrier, delivery guarantee, limits of liability, or a combination thereof.

Is there a fee to use the LTLRater system?

Users of the LTLRater system incur no monthly or annual fees. Users will only be invoiced for the freight and associated shipment charges.

Do I have to sign a contract to use the LTLRater system?

LTLRater system shippers are asked to commit to a one page, written agreement which simply outlines that which is to be expected of both parties for the duration of the shipper's use of the system. The shipper user is free to discontinue use of the system at any time without penalty.

But I have a great relationship with my local freight carrier rep. Won't my use of the LTLRater affect that?

Freight carrier representatives continue to receive credit for shipments moved on their trucks by LTLRater shippers located in their territories. It continues to be in their best interest that you are happy with the service their company provides, and that you are able to make use of it in a manner that best suits your business needs.

What is "third party billing"?

ALS, and companies like it in other regions, acts as a marketing partner for a larger entity who contracts with national freight carriers to obtain discounted freight rates it can then offer to its large pool of shipper customers. The carriers, rather than invoicing the shipper or consignee directly, as they would for a two party shipment, instead forward their billing to the "third party" involved in the transaction, with whom they have negotiated preferred rates.

This consolidated billing creates further economies for users of the LTLRater system. It also means that LTLRater shippers receive a single, detailed, weekly invoice for all loads moved on all carriers through the system.

What is an NMFC code?

The National Motor Freight Classification codifies into distinct classes literally thousands of commodities likely to be shipped via the participating common carriers who agree to be bound by its classification system. Factors such as weight, item type, dimensions, density, and valuation, among others, are used to determine a classification. NMFC classes are used by the common carriers to determine how their freight charges are applied to each commodity. Commodities may also be subject to variations called sub-classes or rules that may affect how a particular commodity is rated. ALS can help you determine your commodity's NMFC class, or the manufacturer of your commodity may be able to provide it to you.

What are accessorial charges, and what do I need to know about them?

Accessorial charges are just what they sound like-- charges for services rendered as an "accessory" to a shipment. If all shipments were sent prepaid from one dock-height terminal to another, there would be few accessorial charges. But, because all shipments differ in terms of what is required to complete them, accessorial charges over and above the freight rate are sometimes necessary. Typical charges might include lift gate service, inside delivery, residential delivery, collection of a COD amount, and the like.

What's important to know about them is that not all carriers charge the same amount for each accessorial. Therefore, the combination of a low freight rate and a high lift gate charge from one carrier might be more expensive overall than a carrier with a slightly higher freight charge but a very low lift gate fee. The LTLRater system knows what each carrier's current fees are and is able to give you a complete, customized, bottom-line quote from each carrier simultaneously. This is why it's so important to know and enter all the information you can about a shipment you are considering making before generating a system quote.

Some carriers even waive certain accessorial charges on loads moved through the LTLRater system.

If your shipments require accessorial services, and you are passing the freight costs on to your customers, it is imperative that you include them in your rate quote requests in order for the system to return as accurate as possible total shipment costs.

I shipped 4000 pounds (one hundred 40-pound bags) of sand on four pallets, and I used the correct NMFC code, but the carrier re-weighed my shipment and charged based on a weight of 4260 pounds. How can that be?

Pallet and packaging weight must be considered part of the total chargeable shipping weight. The average pallet weighs about 50 pounds.

I shipped a commodity classified by its density using the correct NMFC code and sub-class, based on the package dimensions of 36"Lx36"Wx36"H, on a standard 48"x40" pallet, but the freight carrier re-rated my shipment to a higher, more expensive freight class. Why?

Density item shipments must be calculated to include the dimensions of the entire shipping unit. Since the pallet contributed to those overall dimensions, your actual PCF (pounds per cubic foot) needed to be calculated using dimensions of 48"Lx40"Wx42"H so as to include the total length, width, and height of the packaging unit as it sat on the pallet. If your business regularly ships density classed items, you may want to consider obtaining pallets more closely sized to your packaging dims.

The carrier picked up a shipment from me on Friday, and the LTLRater system told me it would be 3 service days to the point of delivery. It's now Monday, and my shipment is nowhere near the destination. Why?

Service days are the number of days the carrier typically takes to deliver a shipment from point to point. The longer the distance, the higher number of days. Weekends and holidays are not counted, however, nor is the day of pick up. Therefore, a shipment listed as three service days tendered on a Friday should reach the destination the following Wednesday. Service days are not guaranteed, and are only to be used as a general guideline. Should a shipment be time-sensitive, many carriers offer guaranteed or expedited services (at a higher rate).

The invoice I received for a load I shipped through the LTLRater is higher than the rate quoted when I created the shipment. Why?

The LTLRater system generates rate quotes based on the information supplied by the shipper at the time of the quote. The shipment, however, is subject to possible re-weighing or reclassification by the carrier once it reaches its terminal, resulting in a rate change. Accessorial charges not specified at the time of the quote may also end up being required and added to the rate. Correct weights, NMFC commodity codes, freight classifications, and accessorial requirements should always be used when rating a shipment in order to insure the rate quoted matches the ultimate actual charges. Any time a carrier re-rates a shipment, the reason for the adjusted charges will be noted on your invoice.

I used the LTLRater to create a shipment, but the invoice came directly from the carrier, and at a much higher rate. What happened?

The shipment most likely moved using the wrong BOL (Bill Of Lading). BOLs provided by the carrier's pickup driver should NEVER be used. The BOL created by the LTL Rater System MUST be used in order to receive system pricing. If you create an inbound or drop shipment, the party at the point of pickup must be faxed or emailed the LTLRater BOL and make certain it is used in order for you to be invoiced through the LTLRater system at its negotiated rates. This is why the system conveniently creates a fax cover sheet, with specific instructions and information, to be used with the BOL for every inbound or drop shipment. For all shipments, including outbound shipments from your location, make sure the carrier's pickup driver is given the LTLRater BOL to use, and that you retain a signed copy of it with the carrier PRO number label attached. Note: Occasionally, a carrier's billing department may overlook the third party billing instruction on the LTLRater BOL. Your signed LTLRater system copy assures the billing will be corrected appropriately.

I shipped product to my customer using the standard service level rate provided by the LTLRater, but when the invoice came, I was charged for expedited, guaranteed service at a much higher cost. Why? I didn't need or request the elevated service standard.

The freight carrier should only provide and charge for the level of service called for by the shipping document aka the BOL. Shippers should make sure, however, that shipping personnel do not inadvertently authorize additional charges by way of added handwritten notations (e.g. "Call before delivery."). Even casual comments to the carrier pick-up driver may potentially be perceived as authorized, service-modifying instructions (e.g. "This needs to be there by noon Friday!").

A carrier's local sales rep came to my office and told me that, based on my current volume, he could give me a better rate than the LTLRater system does for his company. What should I do?

As a condition of the contracts the LTLRater system negotiates with them, carriers are precluded from back-soliciting LTLRater shippers. While it does sometimes happen, ALS asks that Rater customers report any such activity to us immediately. If your volume of shipments has increased substantially since you first began using the system, you may want to ask ALS for an analysis of your current shipping patterns to see if you may qualify for further system discounts. ALS understands that each business must consider its own best interests and act accordingly, but, ultimately, we feel that the LTLRater offers the most in the way of flexibility, ease-of-use, and overall value of any LTL freight management program.

A freight carrier damaged my shipment. Is my not being billed directly by them going to cause a problem filing a claim?

Not at all. In fact, the opposite is true. Filing a claim will be easier. Part of the LTLRater service is assistance provided by a dedicated team, highly trained and experienced in dealing with carrier freight claims. Fill out a simple form with the damaged shipment details, submit it to the claims department, and they'll take it from there. While it is still possible for you to file a claim directly, any carrier compensation in both cases will be channeled through the original billing party.

· As part of ongoing efforts to make the LTLRater even more useful for our customers, support has been added for pallet rates. AACT has offered some very aggressive pallet pricing for some intra- and inter-terminal moves, and those prices have already been loaded into the rater.

· LTLRater shippers can file loss and damage claims through the system. Please review the claim help system for requirements and tips on submitting claims. The claim guide can also be accessed from the LTLRater directly, under Reports/Misc Functions from the lefthand navigation bar of the LTLRater. 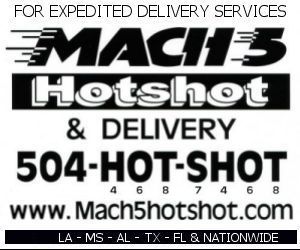